I've been in a reading slump.  I think I need to get back to a regular blogging schedule all those of you who post reviews inspire me,  Nise for example a reading machine.  Thanks for your inspiration, and here I go.  I had planned to read all the Charles Todd books on my shelf, and then decided I needed to read them in order, so here it goes. Since I've gotten through the first four books, I fizzled out, no particular reason, so the next 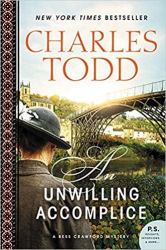 getting old is a mystery event 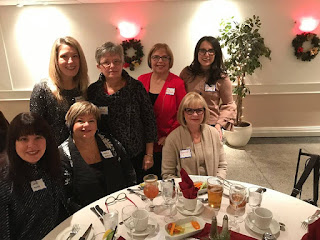 I turned 65 this past November.  My sisters and nieces took me to dinner and mystery theatre. A very pleasant event.  Since then, I've been struggling to dump this cold.  Christmas was a lovely event too, even though our usual Christmas Eve celebration was very quiet, only one of my sons was able to be with us.  I still cooked like I was having 20 for dinner.   Hope 2019 is good for all.  We'll be having weddings and baby births, and continued job searching.  It's scary that young people with degrees cannot find jobs they will like going to for the rest of their careers.

I'm officially out of jars...

Got up early today, (not so early), and could smell my peaches ready for processing.  I also had a whole  basket of peppers ready to go as well.  I peeled and chopped and measured out wonderful ingredients to make "Mrs. Smith's Peach and Pepper Relish".  Figured I'd get a dozen jars out of my production.  Well, I got a few more than that, and so panic set in, since I had only allotted 12 jars for this recipe.  There will be on BIG HONKING production of peach and pepper relish at someone's party.  My last jar was LARGE.  And now I'm officially out of jars. 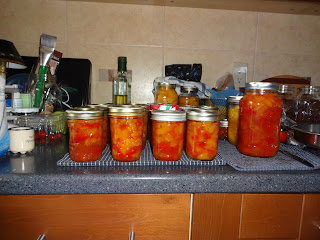 Bring on the Rain...

Well the bringer of Rain is GONE!  Josh Donaldson of the Toronto Blue Jays was traded to the Cleveland Indians. 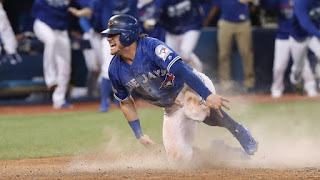 While I know that Josh, the famous 3rd baseman, did an awesome job for the Blue Jays, I'm not particularly "in love" with him.  I just always wanted to give him a haircut.  It's the mom in me.  I know also that he's only 32 years old, to be at that young age and be already thinking your career is coming to an end is AWFUL.  What happens to players when they are no longer able to "bring on the RAIN".  Josh has had injuries this season and he's been not playing for months.  Do you lose your "mojo".  do you end up retiring at 35, because your body gives up.  And then what of old age and those injuries? SAD,  I won't say I'll miss Josh, like I miss Troy Tulowitzki, (he's been on the DL for way too long as well.) 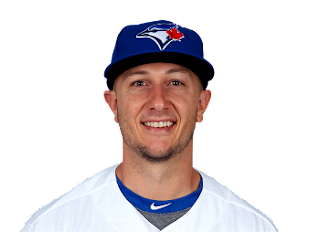 But I have to say this past few months, the Blue Jays have at times played like little girls in the outfield.  After all, regardless of the standing, you are (the players) still getting paid the big bucks.  If I didn't do my job, I'd not get paid.  Think about it Blue Jays!  Think about it!

I don't drive.  When my son Daniel was very little and just started to eat"big people" food, our little green grocer closed down.  What could I do?  Well my husband did most of the food shopping he never really and still doesn't have the hang of buying "fresh". So when the seasons arrived I started to do some preserves, keeping in mind the amounts of sugar I was omitting from my young child's diet.  He's now a man, and still loves his "fresh" produce.  I don't do as much as I use to, but knowing that he probably isn't eating enough "fresh" I like to capture a little sunshine for him.  So today's adventure was peaches. Batch one. 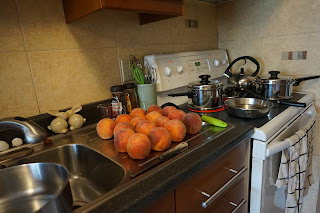 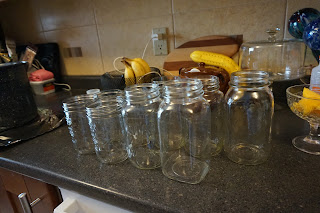 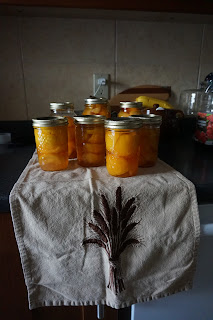 It's a small batch, but it will keep the scurvy away.

Just when you think "will this yard work never end", a surprise pops up.  I was very late this spring in planting.  I don't do annuals much, just too costly and too much watering, But, my neighbor, Connie gave me some Cana Lilly bulbs last fall and I thought I'd give it a go... 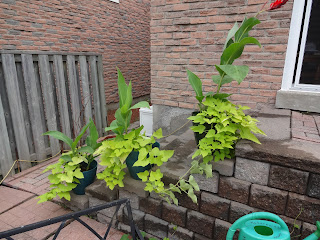 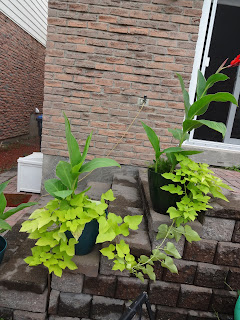 I've been trying to minimize my yard work, much too hard to do.  It's been very hot and dry here, so it's a job that I have not been able to complete, just bits and pieces. So on those very hot days I'm trying to purge.  I started in one little corner, with one small drawer, it happen to have a whole lot of postage stamps collected over the years, and no I'm not a collector, but I do know how difficult it is for an artist to have a stamp printed of their work.  My friend  Shelley Prior submits a painting each year, and you cannot believe how detailed her work is and yet she has not succeeded.  So that's the reason for all the stamps.  Anyway, I've spent the day unsticking stamps.  I don't imagine they are valuable $, but I'll use them in some multi media piece.  They are drying on my dish in the kitchen.  Do you wonder how stamps became used, I do.  I also love some designs more than others.  not half way there yet but the purge will go on.  Not getting anywhere fast. 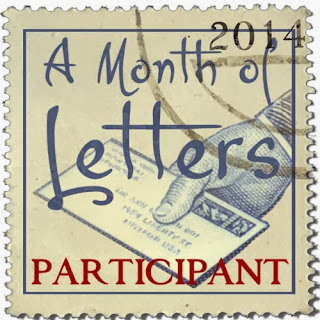 Show me your foilage... 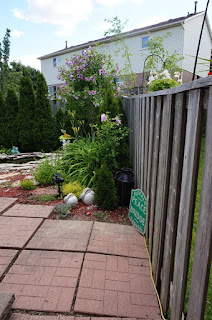 We use our side door quite a lot, mostly because I broke the key in the front door, and Handy Andy has not been able to get it out, until recently, SO while walking down the side of the house it's nice to see something pretty.  I'm pretty happy with the entrance, NOW for the rest of the weeds... 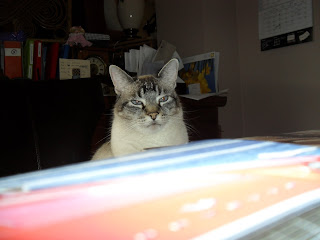 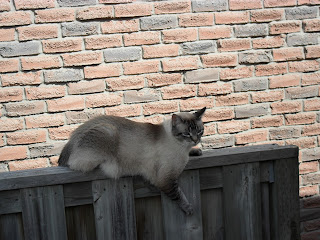 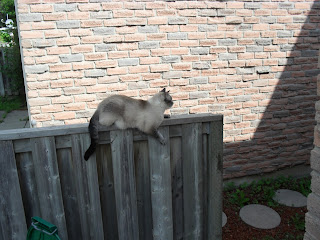 As most of you know I'm the mom of an aspiring author, so it should follow that I read a great many Canadian Author books, one series is the Three Pine's mysteries, by Louise Penny. I'm secretly in love with Inspector Gamache.  Well I also get Louise's newsletter, and lo and behold there is a tour that I CAN DO to get that "I'm involved in the event" feeling.  https://www.threepinestours.com/ 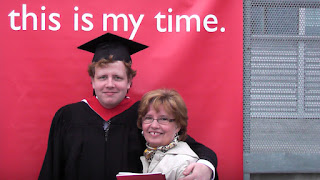 My son was complaining last evening about having to go to Quebec, with work, and I'm thinking the whole time,  maybe I could hide in the trunk and slip this tour in, while he's working.  HMMM.  This is not the author son, this is the math guy.

the math guy
AND if not I may just go on an adventure by myself.  I'm a big girl, right!